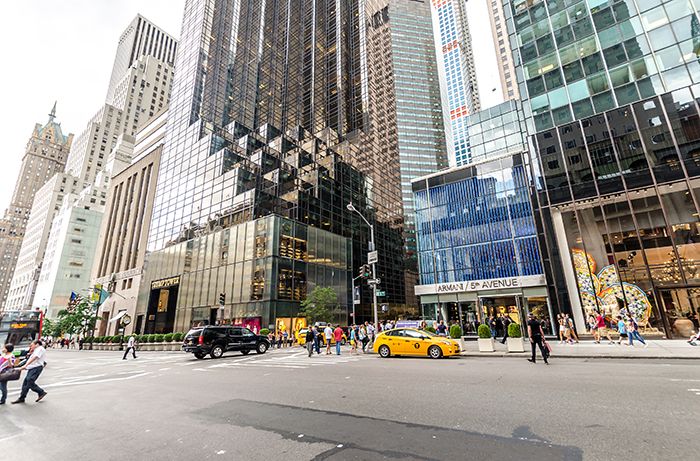 NEW YORK CITY – Viewing the impact of coronavirus on New York City businesses from a 30,000-foot perch, it’s conceptually known that it is going to serious for many and terminal for others.

Until the economy reaches the ‘phase‘ where retail stores small and large, entertainment and sporting venues, restaurants, etc. are allowed to reopen in earnest, the number of permanently empty storefronts that may be hard to refill, will remain nothing but an estimate by various interested parties.

But once that time comes where permanent New York City closures become a firm reality, the citizens who had frequented the businesses, government entities that were a receiver of the tax revenues, and landlords who benefited from rent will be able to mourn in earnest.

The looming question is how will the occupants of square footage be replaced at a time when human density is frowned upon, the migration behavior of current NYC residents has yet to be determined, and, tragically, there is a degree of unrest that may persist for an extended period of time?

For an indication of just how bad the situation may be, the publication EATER New York is compiling a running list that of closures that include some well-known names and some lesser-known names, that all have a few things in common. That is the impact closures will have on employees, on owners, on neighborhoods, on suppliers, on governments, etc!

Midtown: The Copacabana — an iconic New York City nightclub whose stage has seen the likes of Harry Belafonte, the Supremes, and Carmen Miranda — permanently closed this month after an 80-year run in multiple locations. A staffer at the nightclub attributed the closure to the novel coronavirus shutdown, adding that the venue planned to return next year at a new unspecified location.

Times Square: Manhattan’s luxe new hotel the Times Square Edition, which temporarily closed in light of the pandemic, is set to permanently close this August, just one year after its hyped-up Manhattan debut.

The hotel is home to several restaurant and bar options helmed by chef John Fraser, including its ninth-floor Terrace Restaurant ###/strong the Outdoor Gardens, an all-day American brasserie. The flagship fine-dining restaurant 701West notably received three-stars in the New York Times. The hotel was a partnership between hotelier Ian Schrager and Marriott International Inc.

Tribeca: Vietnamese fast-casual restaurant Vietspot has permanently closed just two years after opening in the neighborhood. Owner Sophie Nguyen tells Tribeca Citizen that she hopes to fully reopen the FiDi outpost of the restaurant — which is also the original location — when the current restrictions on dining-in are lifted. For now, that outpost is open for delivery and takeout.

West Village: Japanese grilling destination Takashi has left the West Village after more than a decade in the neighborhood. The novel coronavirus shutdown dealt the tabletop grilling spot “a particularly deft blow,” according to a letter posted to the restaurant’s website by owner Saheem Al.

Given the restaurant’s focus on interactive, family-style meals, a pivot to delivery or takeout didn’t make sense, Ali wrote, while the restaurant was too small to make a comeback with dine-in service at reduced capacity.

West Village: Blenheim, an upscale farm-to-table restaurant in the West Village, appears to have permanently closed without announcement, according to tipsters who described the space as “cleared out entirely.”

In its six-year run, the restaurant was known for its “grown-to-order” produce, which comes from two farms in the Catskills also owned by the restaurant. At the time of writing, the owners have not posted a closing announcement to their website and Yelp page.